By Kiefer R. - Second Class - Historian
For Troop 402's Campout September 23 thru September 25, we camped with Cub Scout pack 206.  The Boy Scouts who went were Kiefer, Aaron, Seth, Tyler, Alex, Ryan, Kyle and Nathan.  The Adult Leaders who went were Mrs. Fankart, Mr. Stelter, Mrs. Weeber and Mr. Hoftman.  Both groups of scouts played games together.  The campout was fun and there was a volley ball we could play on.   Also we did skits with Michah as the M.C. and a flag retirement ceremony.  I think we left a good impression on the Cub Scouts who hopefully will join Troop 402 when they get older. 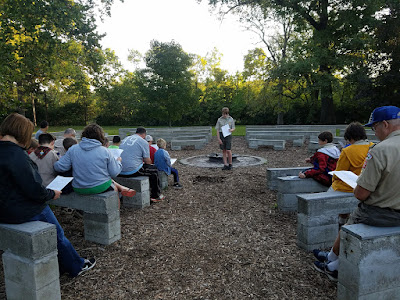 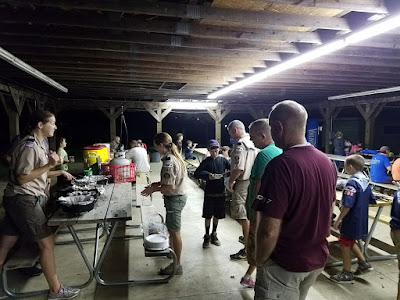 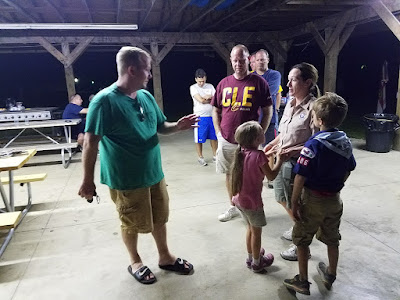 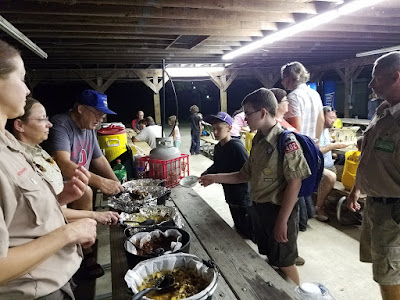 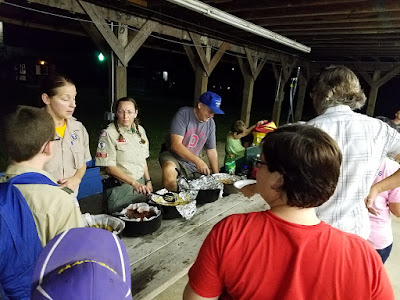 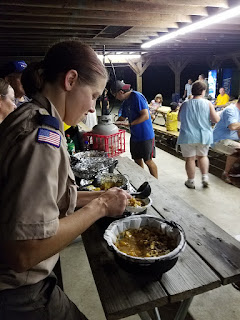 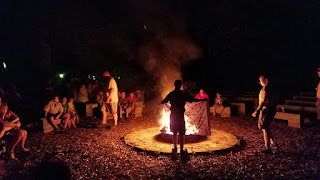 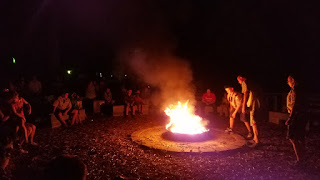 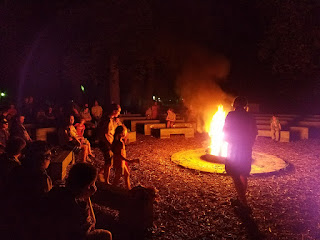 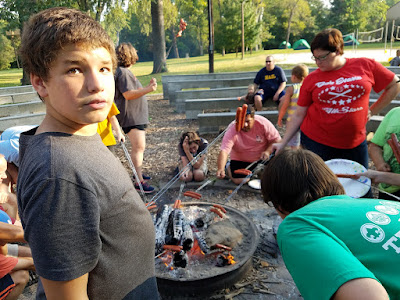 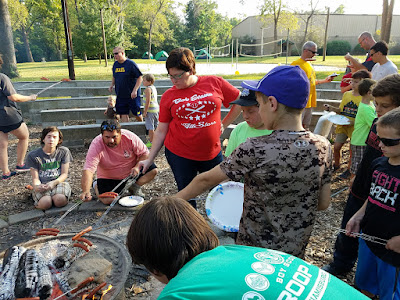 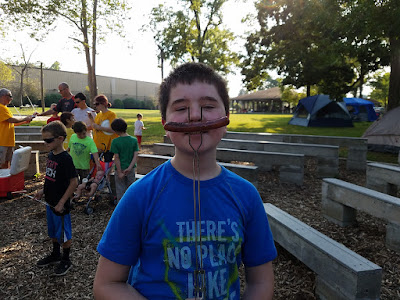 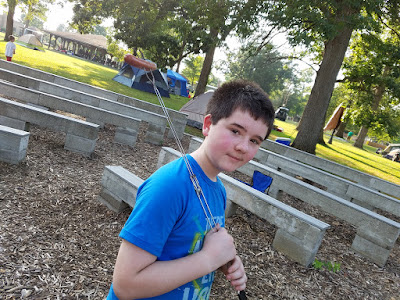 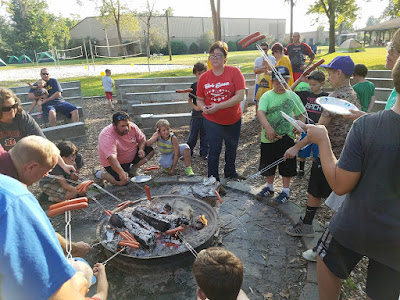 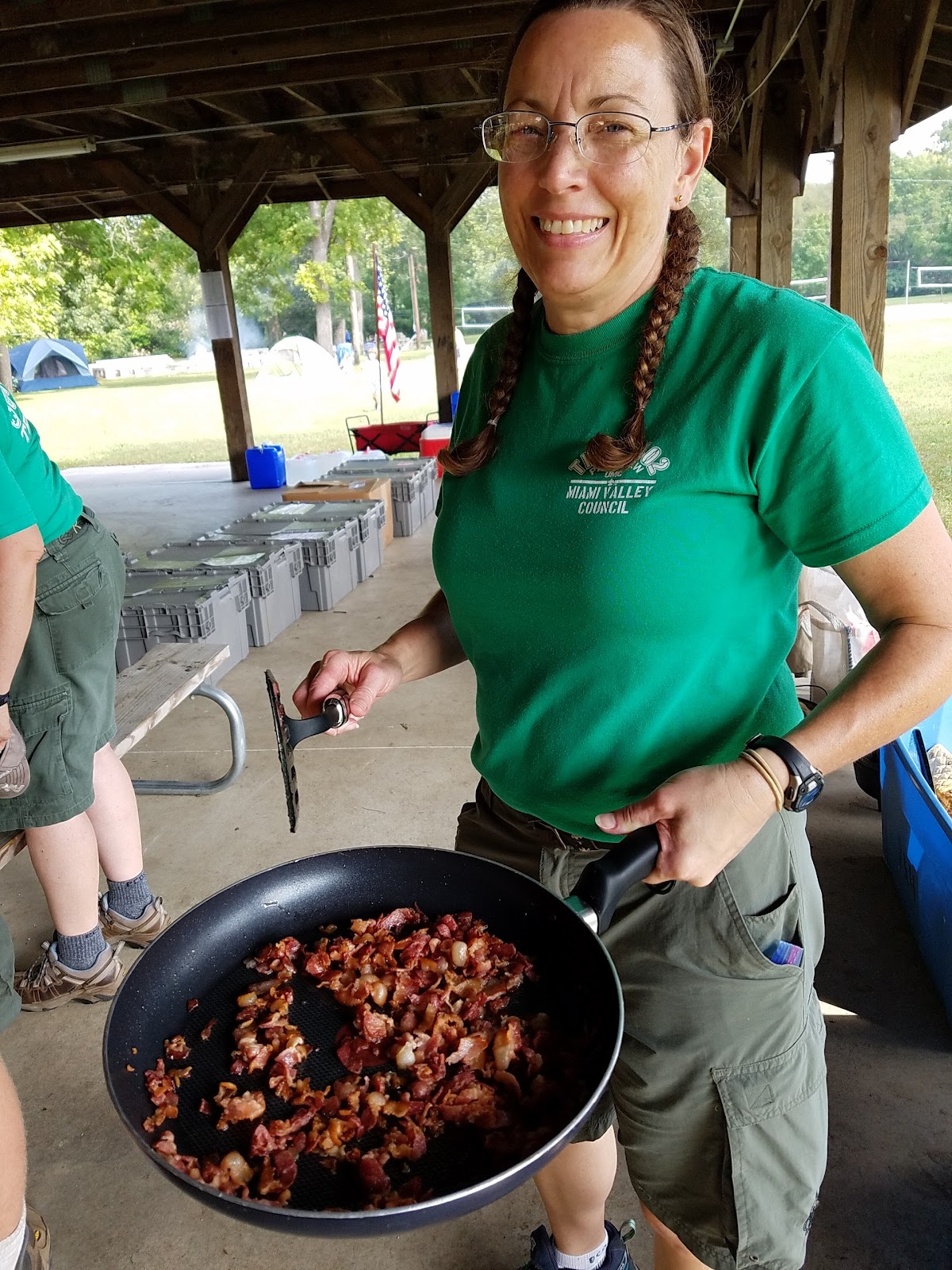 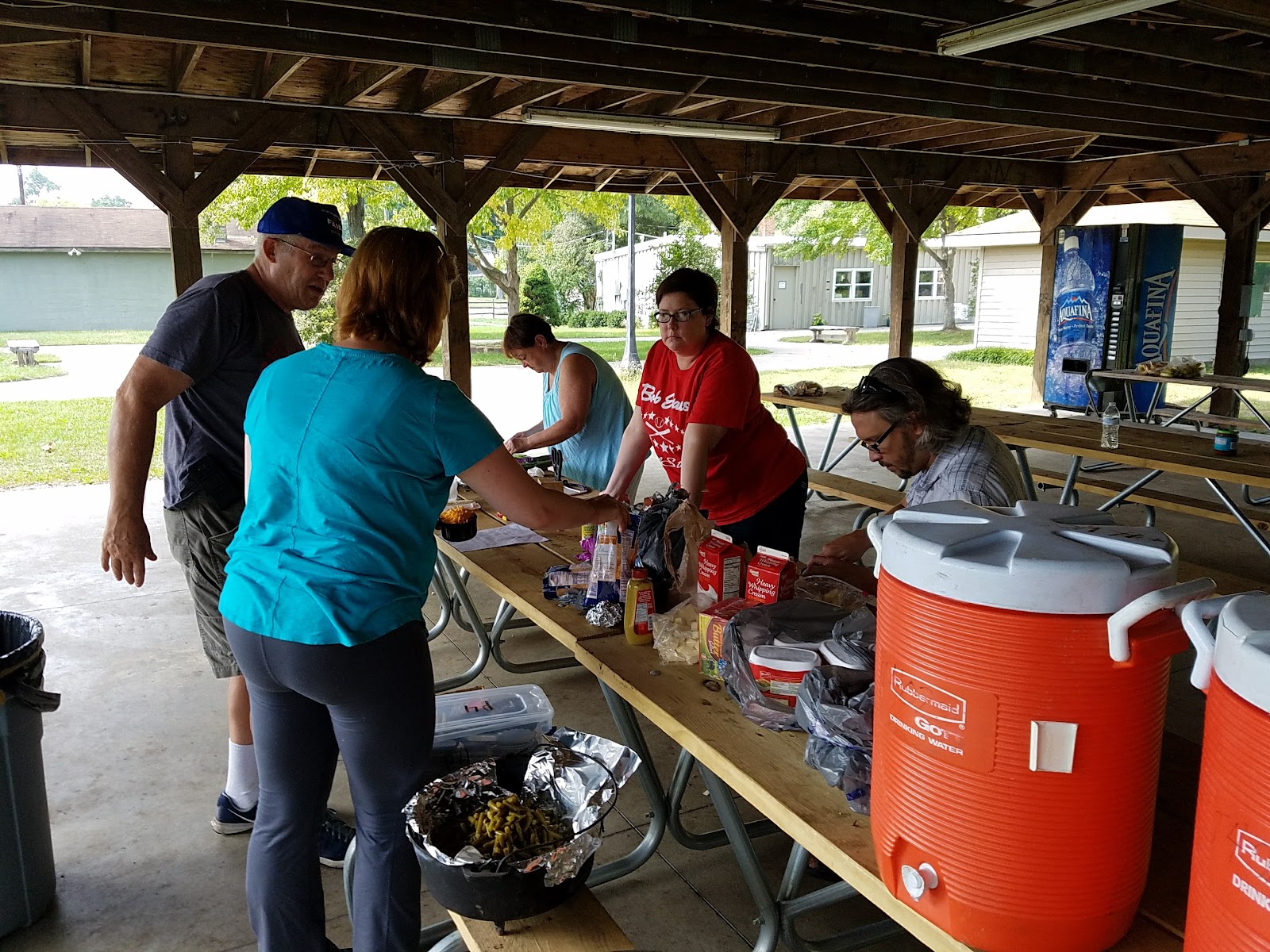 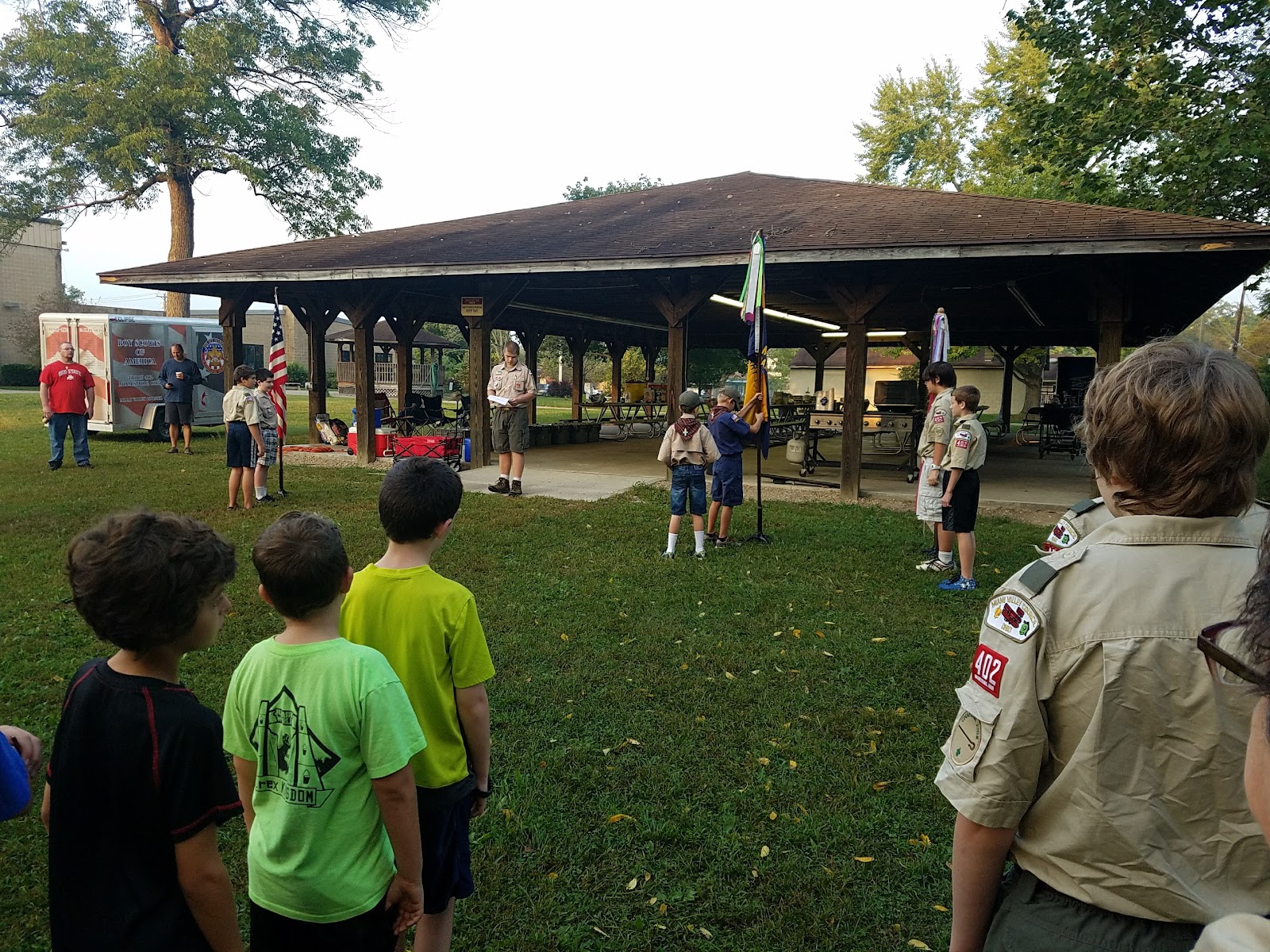 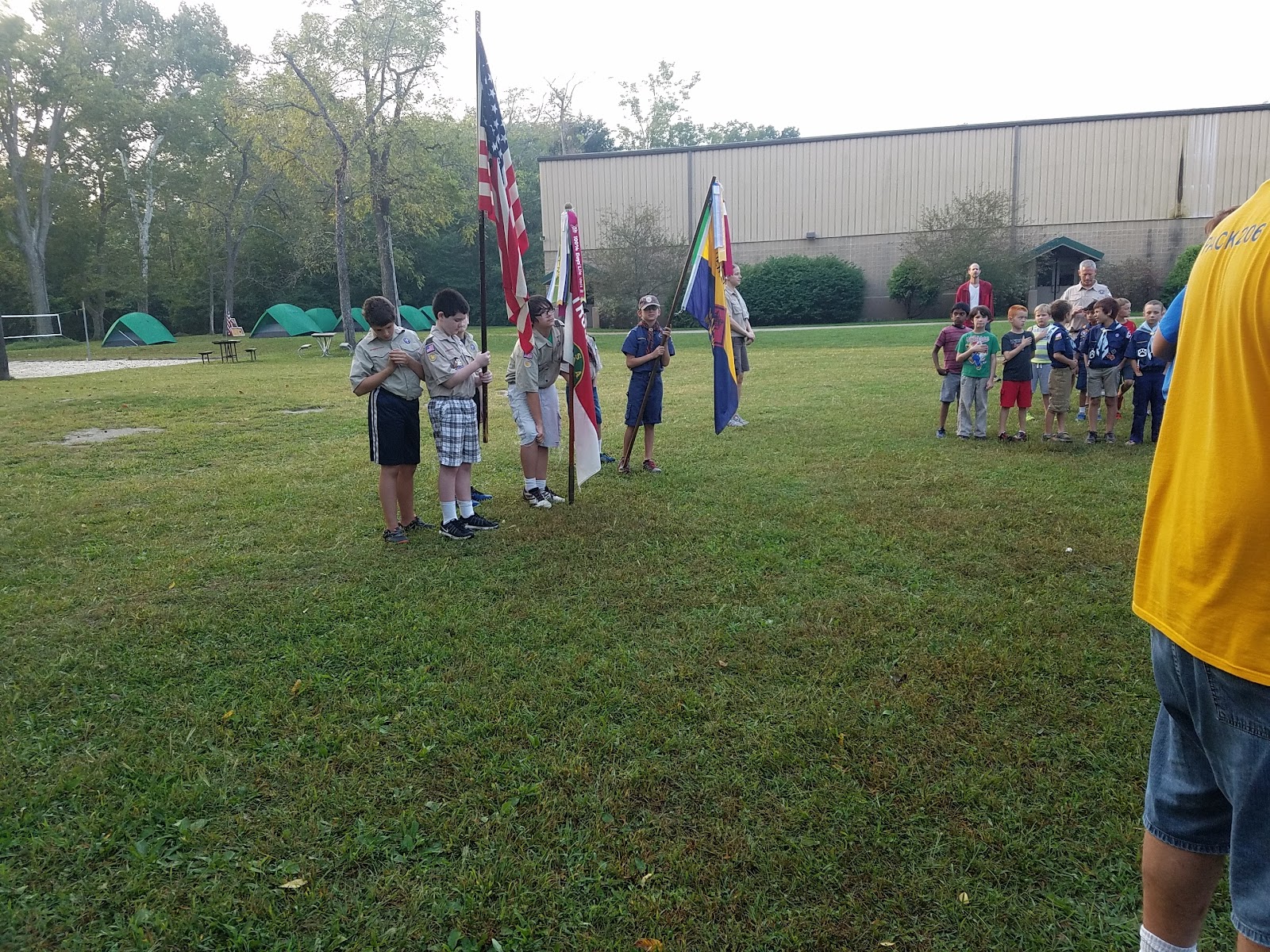 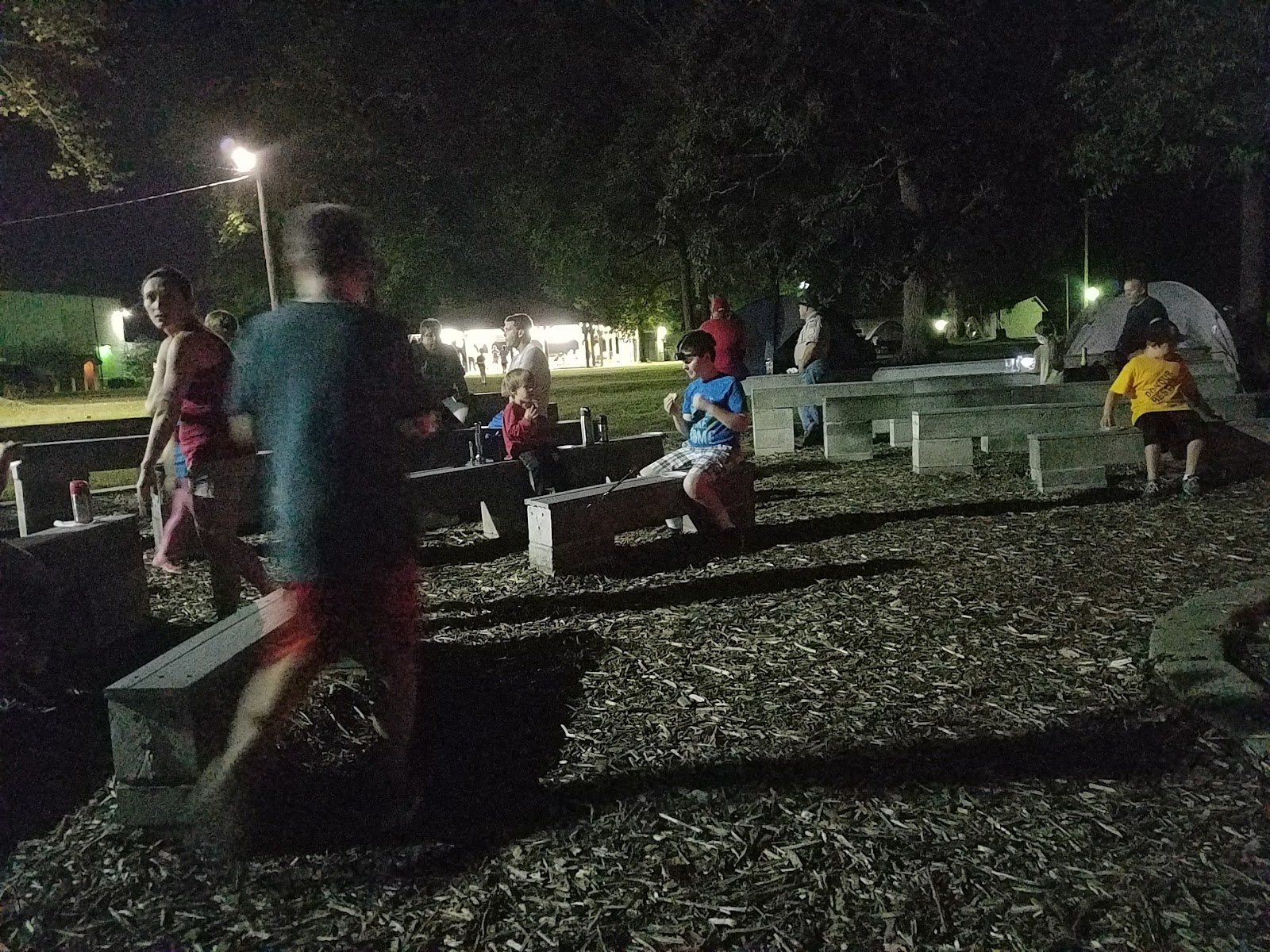 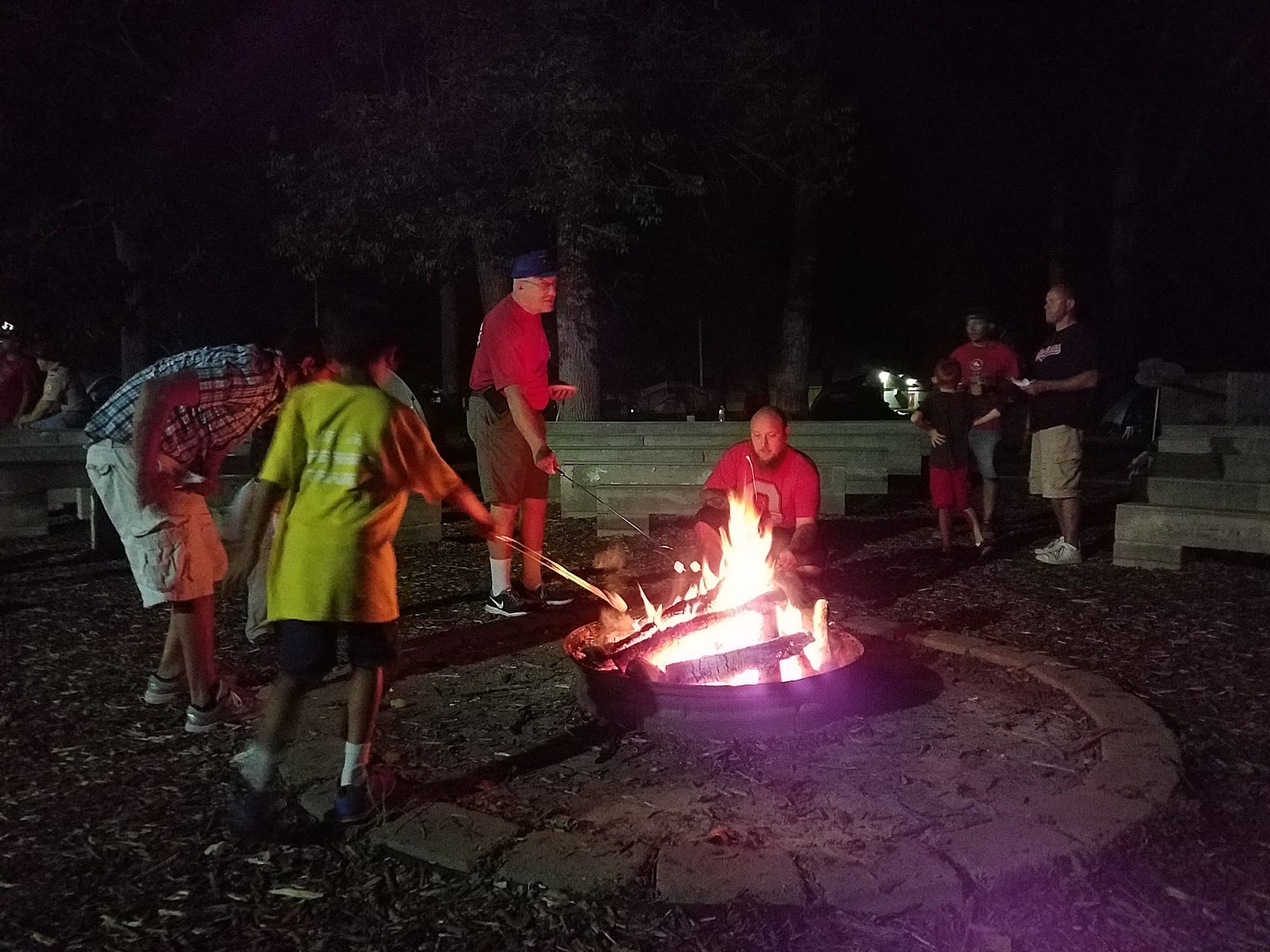